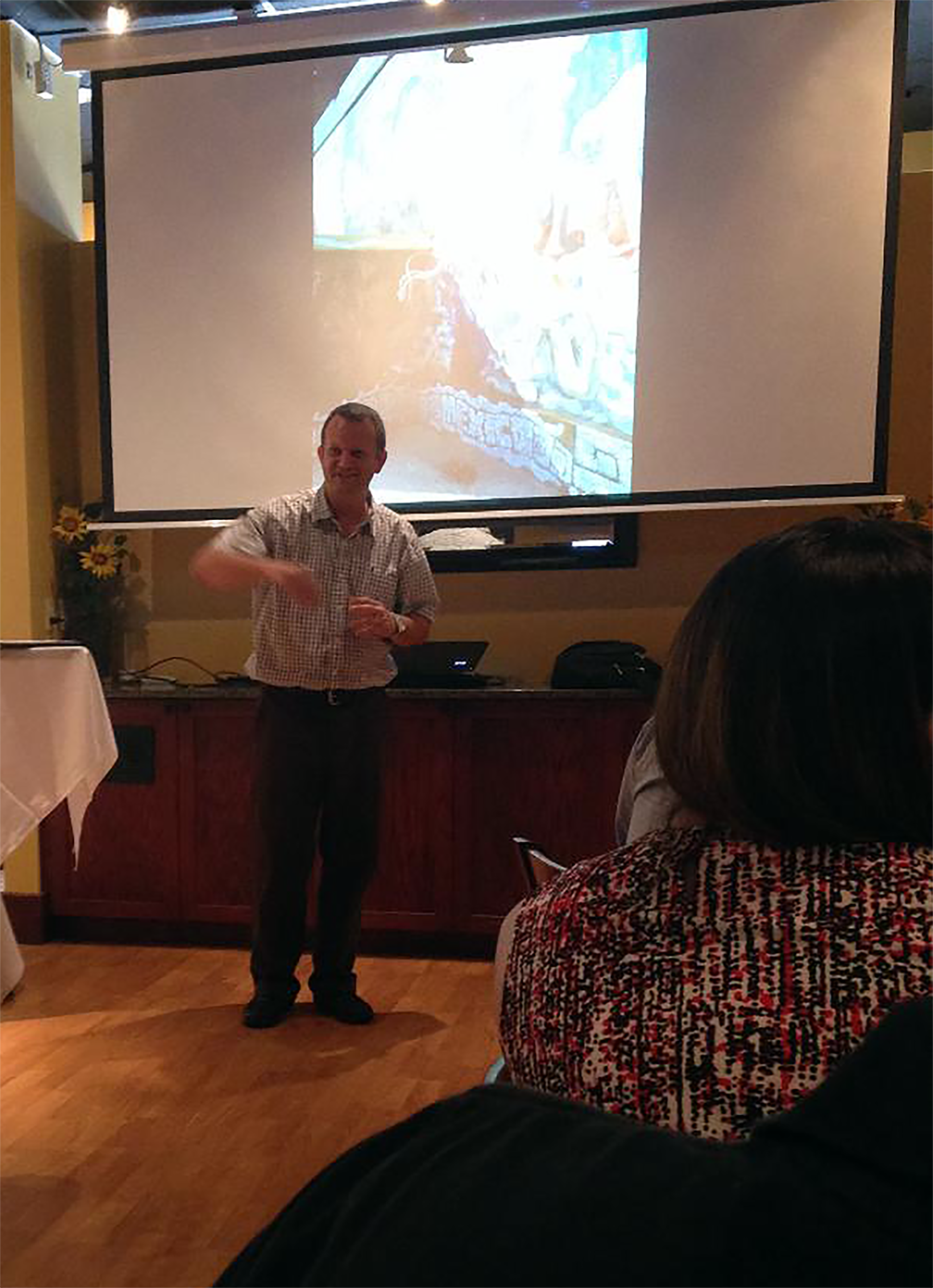 SARASOTA, FL, June 9, 2014– Jim Miller, CEO and founder of JMX Brands, parent company to several niche internet retail brands including Amish Furniture giant DutchCrafters.com, spoke to the Mennonite Economic Development Associates on Tuesday afternoonabout his recent experience as a delegate with Witness For Peace in Cuba.
This is Mr. Miller’s second visit to Cuba, and his opinions of the country’s changing political landscape in regards to US relations was shaped by his earlier trip, in 1995.
Of the two experiences, the local businessman says:

“Since the collapse of the Soviet Union over two decades ago, Cuba has continued to make steady progress in redefining itself in a global context. I believe the political and economic relationships between Cuba and the United States is ripening for change in the coming years, and I’m grateful to see it as a platform issue in the next gubernatorial campaign in Florida.”
The program that organized Mr. Miller’s delegation, Witness For Peace, is committed to educational exchange activities that result in meaningful interaction between delegates and Cubans. In Mr. Miller’s case, those interactions extended beyond the Cuban border, and back into Sarasota, where the CEO spoke to the Sarasota Chapter of Mennonite Economic Development Associates (of which he is chair) about the capacity for change in the country’s political and economic position.
MEDA is well-regarded globally for the positive influence that its financial programs have had on other, similarly-situated populations.

JMX Brands is an internet retailer, selling over 10,000 different products on a variety of websites, including DutchCrafters.com – the largest internet retailer of Amish furniture in the world. JMX Brands has earned an A+ rating from the Better Business Bureau, and is on pace to remain one of the fifty fastest-growing companies on Florida’s Gulf Coast.