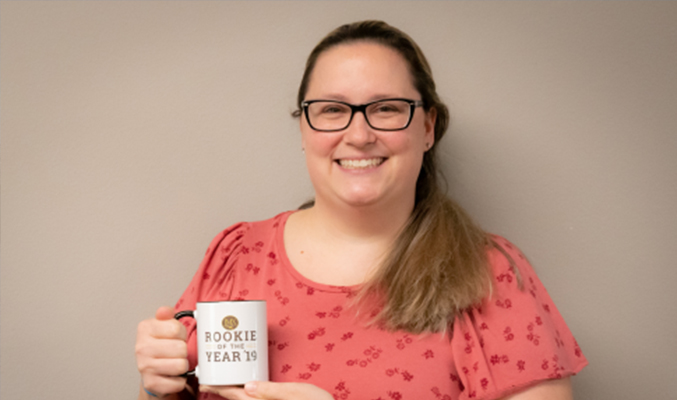 The annual award recognizes an ambitious, hard-working employee with a tenure of one year or less who has added significant value and demonstrated team-player qualities.

Batchelor, a mother of two and University of South Florida Sarasota-Manatee graduate, started with the Sarasota-based small business and parent company of DutchCrafters Amish Furniture in September 2019. In just four months, she moved from sales support specialist to customer service lead. After an internal promotion left the company’s Customer Experience Team assistant manager role vacant, Batchelor applied for and earned that position.

Miller praised Batchelor for “her willingness to jump in wherever she is needed.”