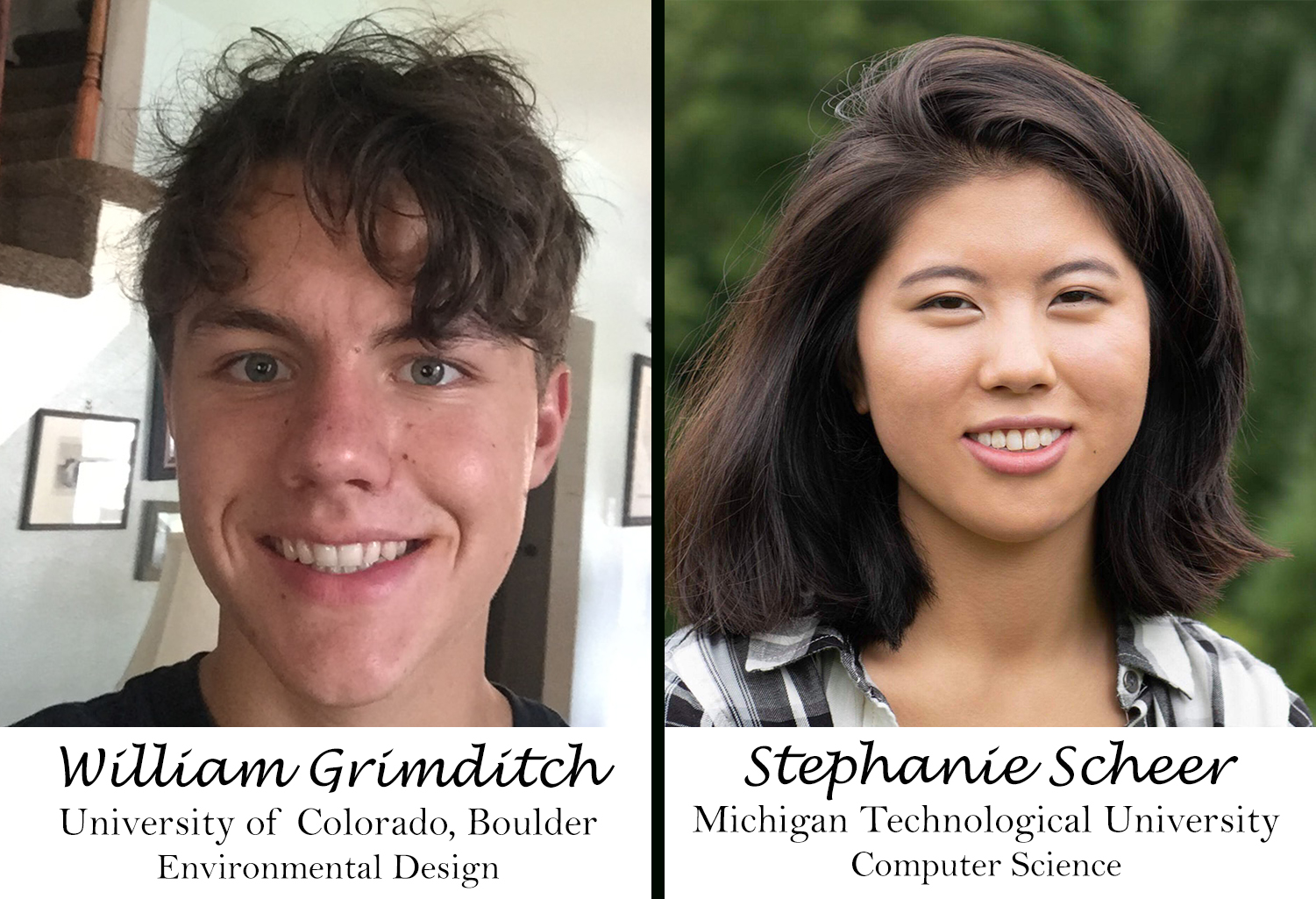 William Grimditch of Berthoud, Colo. and Stephanie Scheer of Appleton, Wis. have been awarded the DutchCrafters Amish Furniture Heritage Scholarship for the 2019-2020 academic year.

The two incoming college freshmen were selected from more than 100 applicants to receive $500 each to assist with college expenses.

Grimditch, whose last name means “old ditch,” believes that his passion for environmental design, which he plans to study at the University of Colorado, Boulder, can be traced back to his ancestors who built ditches as a “waterway, a lifeline” without the technology available today. Although he didn’t think he would follow in his architect father’s footsteps, Grimditch says that once he saw the environmental design building at the CU Boulder campus, he realized it was his calling. “My ancestors brought water to people, I hope to bring homes to people,” says Grimditch.

Scheer, who was adopted from China at 2 years old, says that she struggled to find an interest that inspired her career choice until she researched her birth country while in middle school “and found one common topic associated with the world’s largest economy, innovation.” The idea stuck with her, and while taking a computer science class in high school, “everything clicked together.” Scheer will pursue her degree at Michigan Technological University and hopes to not only bring a new perspective to a male-dominated field but also be an example to young girls “that a career in computer science is possible, no matter race or gender.”

About the DutchCrafters Heritage Scholarship: Established in 2011, the Heritage Scholarship is awarded annually to students planning to attend or who are enrolled in four-year universities in the U.S. Recipients are selected based on financial need, grade point average, and an essay that explains how their heritage has shaped them and their aspirations.