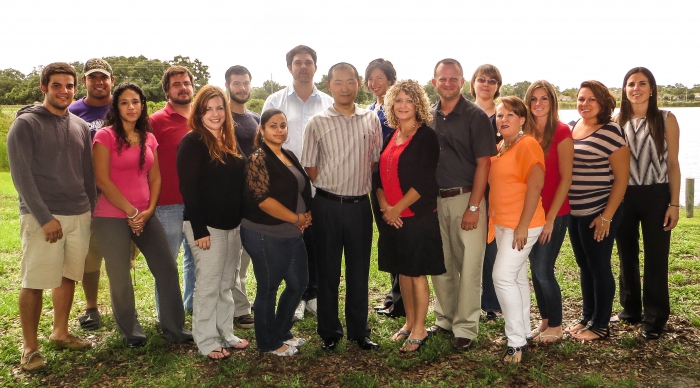 Sarasota, FL, July 14th, 2014 — For the third year in a row, Internet retailer JMX Brands was named to Internet Retailer Magazine’s Second 500, a highly-regarded ranking of the nation’s most promising E-tailers. Divided and arranged by sales volume, the list (as well as its sister list, the First 500) is a catalog of success stories to watch, and widely considered the most authoritative list of the Internet’s top brands.

In 2014, JMX Brands jumped to #926 on the list, up from #967 in 2013 and #944 in 2012. The company reported 2013 revenues of $3.8 million, which represented 107% growth over the previous year’s $1.8 million. It is this explosive growth rate that earned JMX Brands an enviable spot at #22 of the fastest growing companies included in the Second 500, and #18 of the fastest growing web-only retailers on the list (those retailers without a physical store). Additionally, JMX Brands ranked #54 on the list within its principal market of housewares and home furnishings, up from #56 last year.

The Path To Success:

Growth was largely due to breakthroughs in organic search, social media and content marketing for its flagship brand, DutchCrafters – the web’s largest source of Amish made furniture. DutchCrafters markets American-made indoor and outdoor furniture and crafts that are handcrafted by more than 120 Amish woodshops in Indiana, Ohio and Pennsylvania.

The IR Second 500, as a group, represented $4.74 billion in online sales in 2013. The steady growth rate that the group enjoyed for the past decade has begun to slow in recent years, dropping to just 14.1% in 2013. That is a slower growth rate than the IR Top 500 (the nation’s 500 largest internet retailers), which grew at a rate of 17.1% in 2013. It is also slower than e-commerce growth as a whole, which dropped to 16.9% in 2013. This trend represents the difficulty that the Second 500 merchants face; both against their larger competitors, as well as against newcomers to the e-tail industry.

It seems that the merchants who were successful in 2013 grew because they focused on two things: innovation within their niche, and stellar customer service. According to Internet Retailer Magazine Associate Editor of Research Stefany Zaroban, “each of [the leading Second 500 merchants] is outmaneuvering competitors in some way. Many are growing by investing in their websites, making them eye-catching and easy and convenient to shop. Others are tapping into unmet demand with a niche product, selling in a new way or aggressively marketing to attract new customers.”

Indeed, a prime reason that Zaroban invited JMX Brands CEO Jim Miller to the stage at the Internet Retailer Conference and Exhibit in Chicago in June, the world’s largest internet retailer conference, was to share about ways in which JMX Brands has stayed ahead of the game. Miller spoke about his company’s relentless focus on its niche, leveraging core strengths by developing internal competencies and eliminating outsourced services, and an obsession with customer service. “In 2012, we remained true to ourselves by going back to basics with our products and services, and by diligent attention to the changing world of internet marketing. The result was superb growth in 2013 and continuation of that growth in 2014,” Miller said. Like many leaders on the list, JMX Brands has improved its website functionality, leveraged vendor relationships, and aggressively built social media presence on platforms such as Facebook and Pinterest.

Miller is optimistic about the company’s forecast. “We don’t expect that the three-digit growth will continue, but we do expect to see solid growth, above 30%, for the next several years. We’re doing better than that YTD in 2014, and are making investments in new hires and new initiatives that should set the stage for continued growth in 2015 as well. Our team is young, but talented and ripe with potential.”

Among the specifics on Miller’s 2014-2015 to-do list are enhanced customer accounts, a mobile-friendly website, a new mobile app, and additional staffing for competitive positioning and content development.

JMX Brands was established in 2003, and is headquartered in Sarasota, Florida, where the company employs twenty persons.