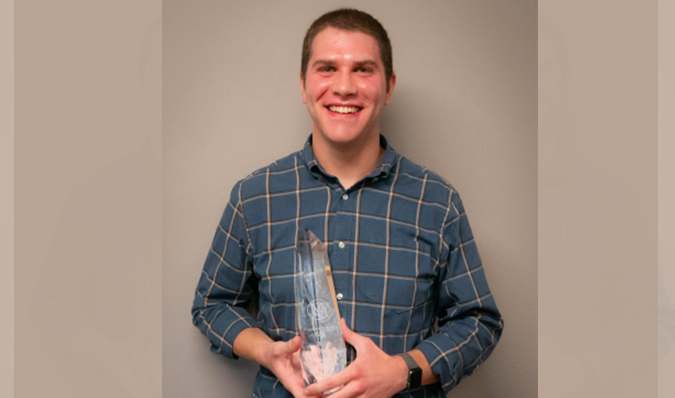 JMX Brands Business Finance Manager Ross Wiemken received the company’s President’s Award for the second year in a row during the Sarasota-based niche internet retailer’s 17th anniversary celebration earlier this year. Wiemken joined JMX Brands in April 2016 and quickly made an impact as a product manager. However, it has been his work as manager of the business finance team that has shown his capabilities. Promoted to the role in October 2017, Wiemken quickly worked to streamline accounting and financial processes including implementing a working budget that has helped to reduced costs on various organizational levels.

Most recently he played a large role in establishing a group health insurance plan and spearheaded and implemented the strategy to become tax compliant after new tax laws for online retailers were mandated by the U.S. Supreme Court in 2019.

While presenting Wiemken with the award, JMX Brands CEO Jim Miller mentioned that the latter was no easy task since the new tax laws for online retailers were unknown to even accountants and attorneys Weimken conferred with.

“The work that Ross was having to do was plowing new ground,” said Miller. “How effectively he met this challenge is an example of the way he approaches his work every day, with determination and creative solutions.”